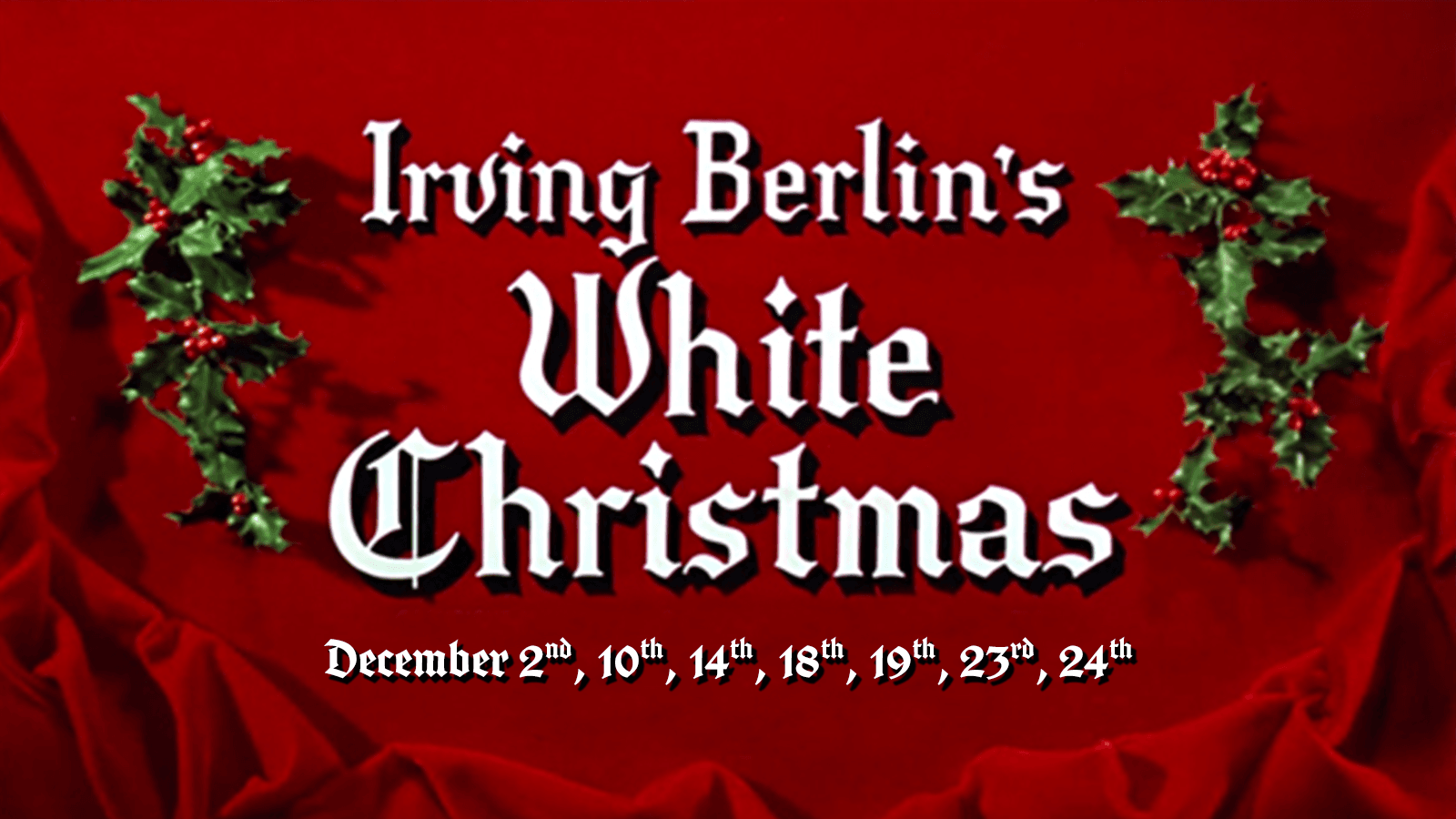 Singers Bob Wallace (Bing Crosby) and Phil Davis (Danny Kaye) join sister act Betty (Rosemary Clooney) and Judy Haynes (Vera-Ellen) to perform a Christmas show in rural Vermont. There, they run into Gen. Waverly (Dean Jagger), the boys' commander in World War II, who, they learn, is having financial difficulties; his quaint country inn is failing. So what's the foursome to do but plan a yuletide miracle: a fun-filled musical extravaganza that's sure to put Waverly and his business in the black! NR / 120 min. 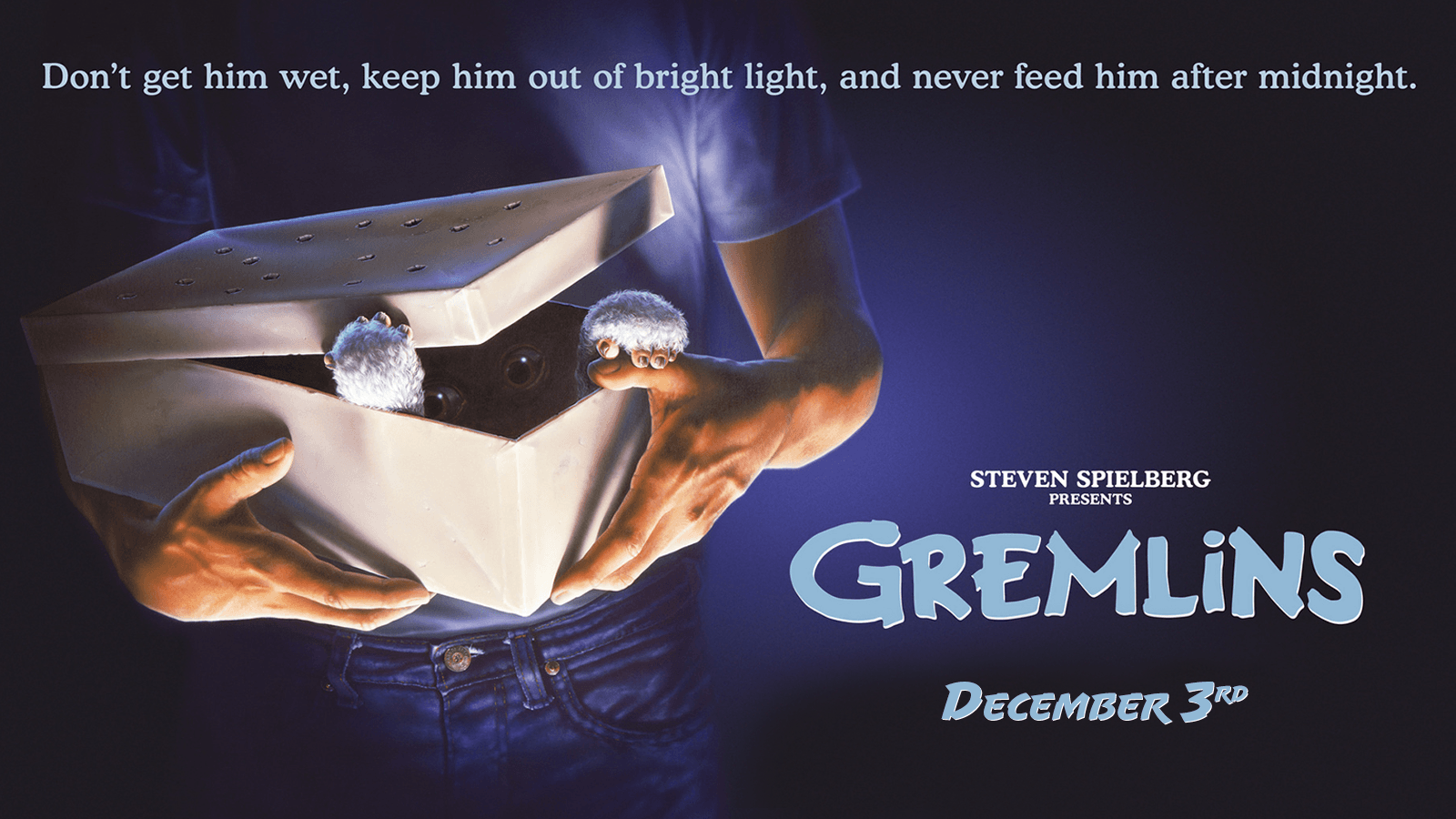 A gadget salesman is looking for a special gift for his son and finds one at a small curiosity shop. The shopkeeper is reluctant to sell him the "mogwai" but sells it to him with the warning to never expose him to bright light, water, or to feed him after midnight. All of this happens and the result is a gang of gremlins that decide to tear up the town on Christmas Eve. PG / 107 min.

*Treat this one like PG-13 - that rating didn't exist yet, but this is one of the films that led to its creation.* 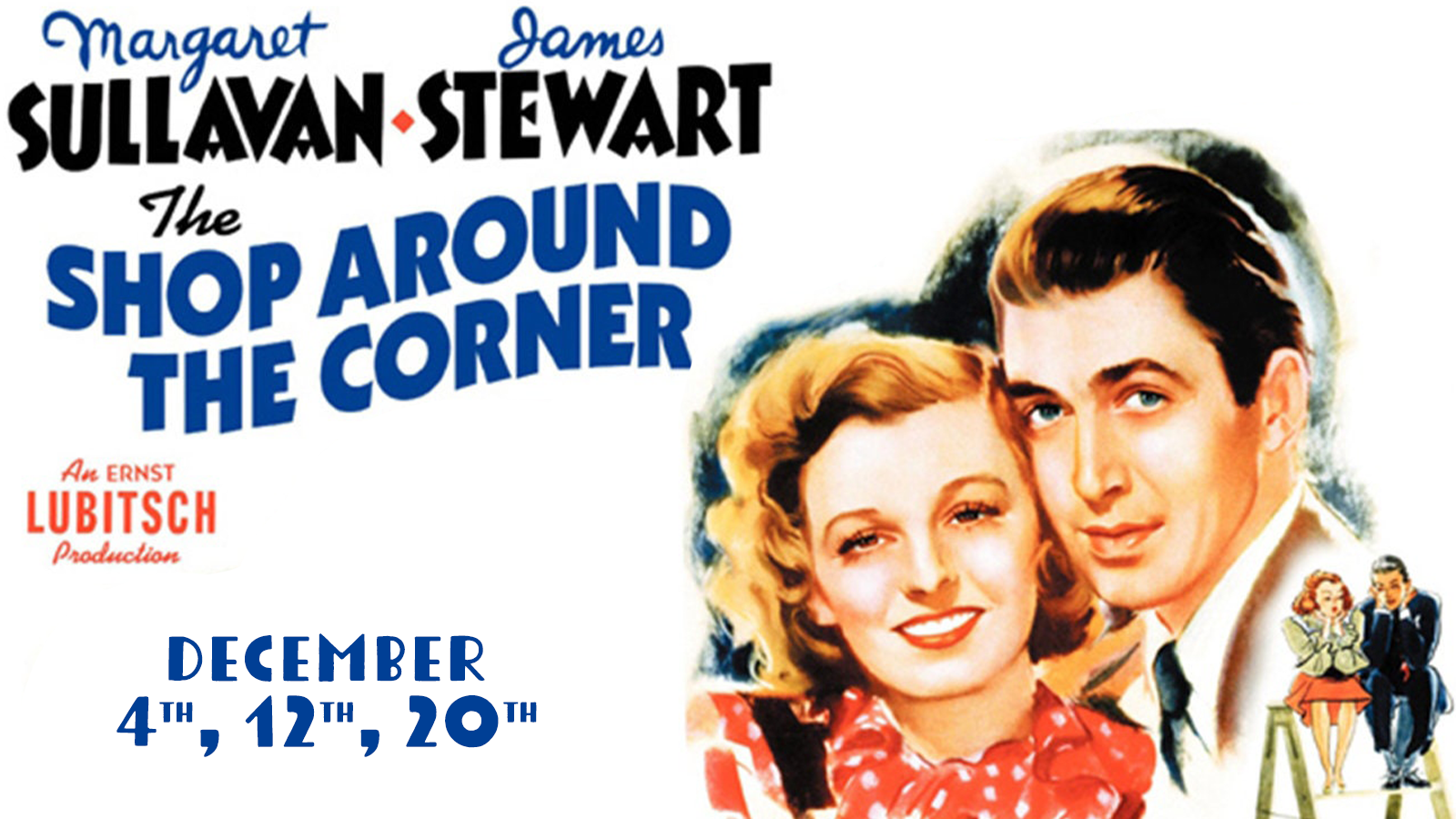 THE SHOP AROUND THE CORNER

Alfred Kralik (James Stewart) and Klara Novak (Margaret Sullavan) are employees at Matuschek and Company, a general store in Budapest. Klara and Alfred are constantly at odds with each other, butting heads and disagreeing on almost everything. Both are enamored of their respective pen pals, who serve as welcome distractions in their lives. Little do they know, they are each the other's pen pal and, despite outward differences, have unwittingly fallen in love through their letters. NR / 99 min. 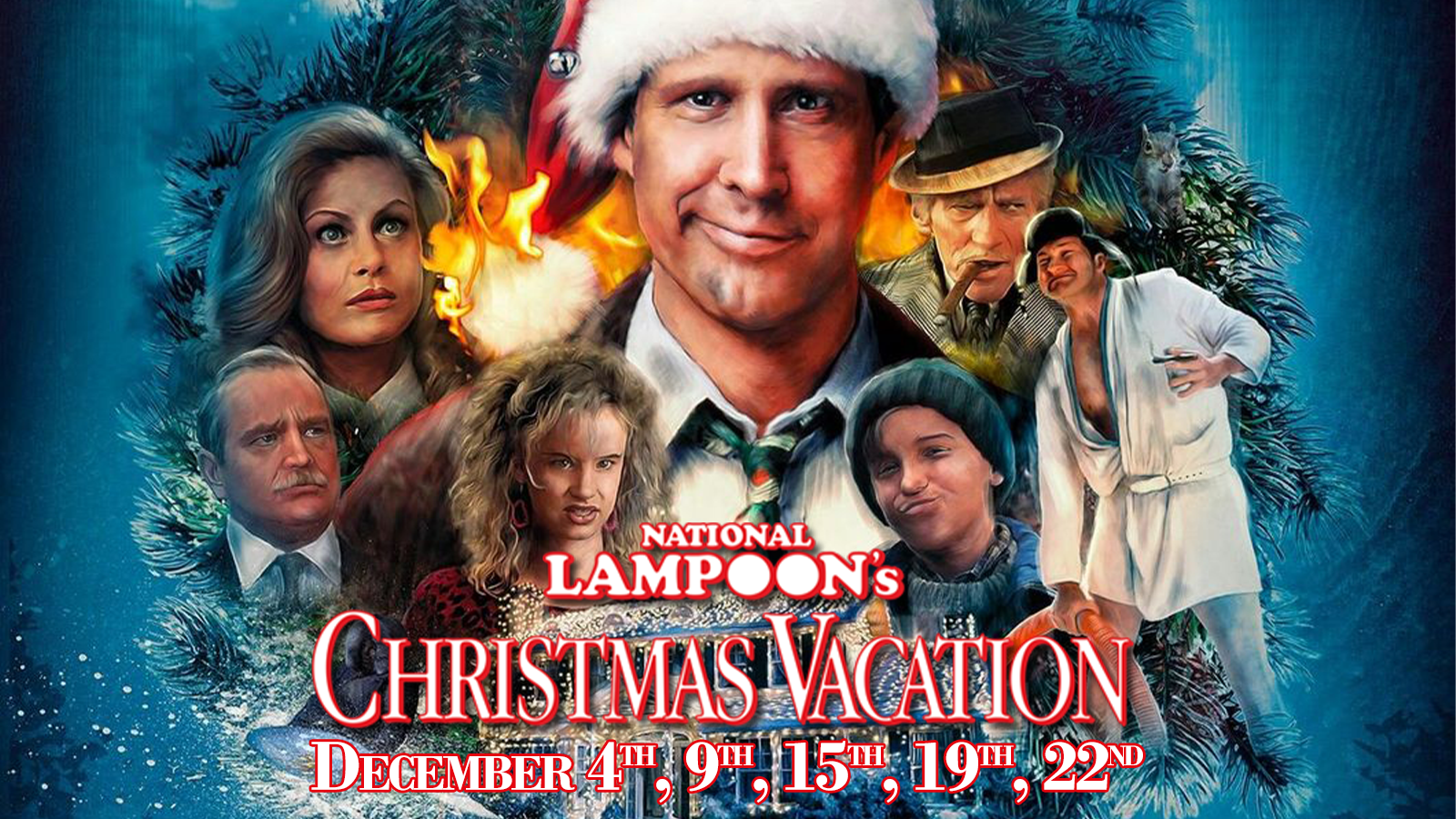 As the holidays approach, Clark Griswold (Chevy Chase) wants to have a perfect family Christmas, so he pesters his wife, Ellen (Beverly D'Angelo), and children, as he tries to make sure everything is in line, including the tree and house decorations. However, things go awry quickly. His hick cousin, Eddie (Randy Quaid), and his family show up unplanned and start living in their camper on the Griswold property. Even worse, Clark's employers renege on the holiday bonus he needs. PG-13 / 97 min. 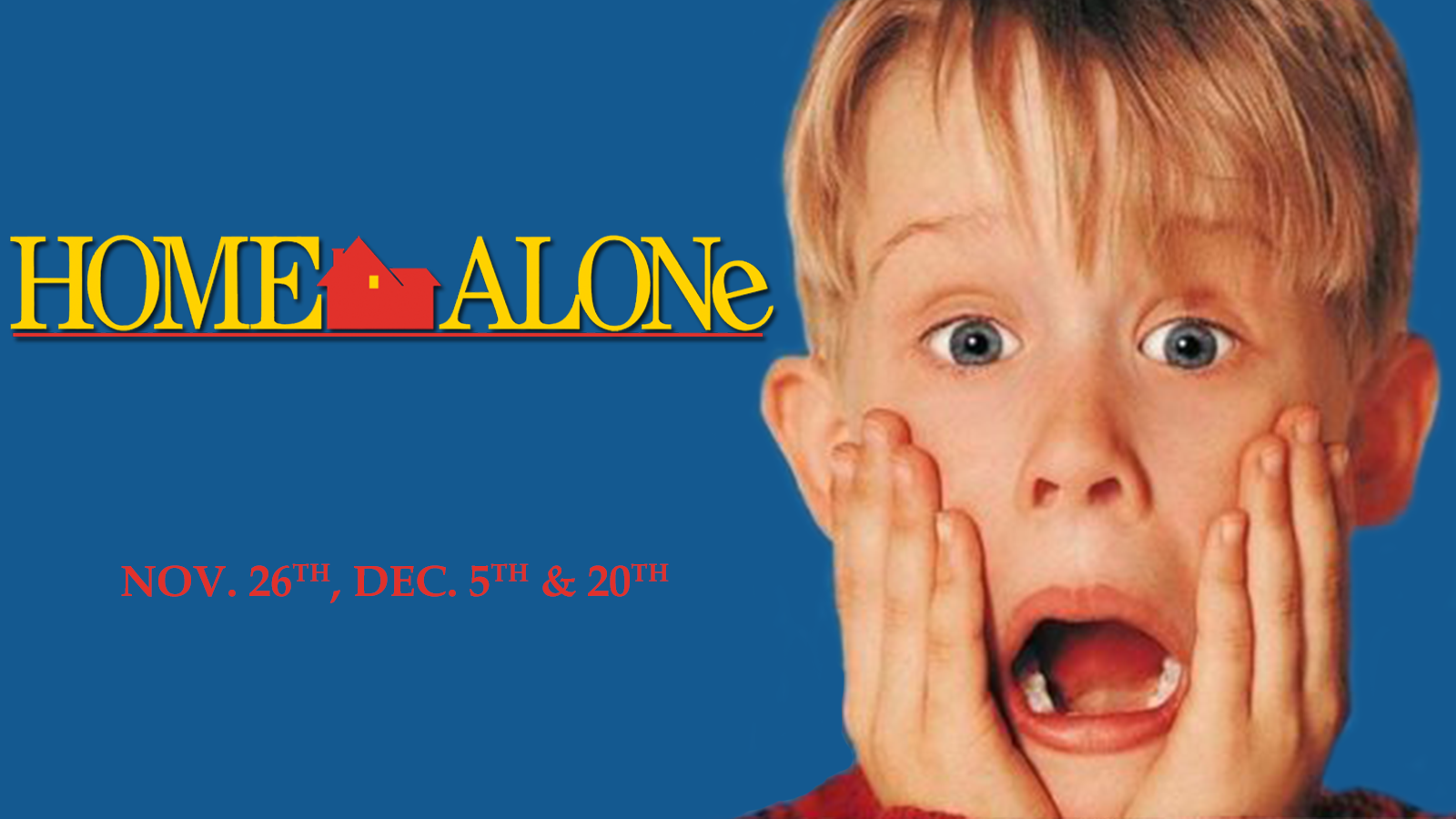 When precocious 8-year-old Kevin McCallister (Macaulay Culkin) acts out the night before a family trip to Paris, his mother (Catherine O'Hara) makes him sleep in the attic. After the McCallisters mistakenly leave for the airport without Kevin, he awakens to an empty house and assumes his wish to have no family has come true. But his excitement sours when he realizes that two con men (Joe Pesci, Daniel Stern) plan to rob the McCallister residence, and that he alone must protect the family home. PG / 103 min. 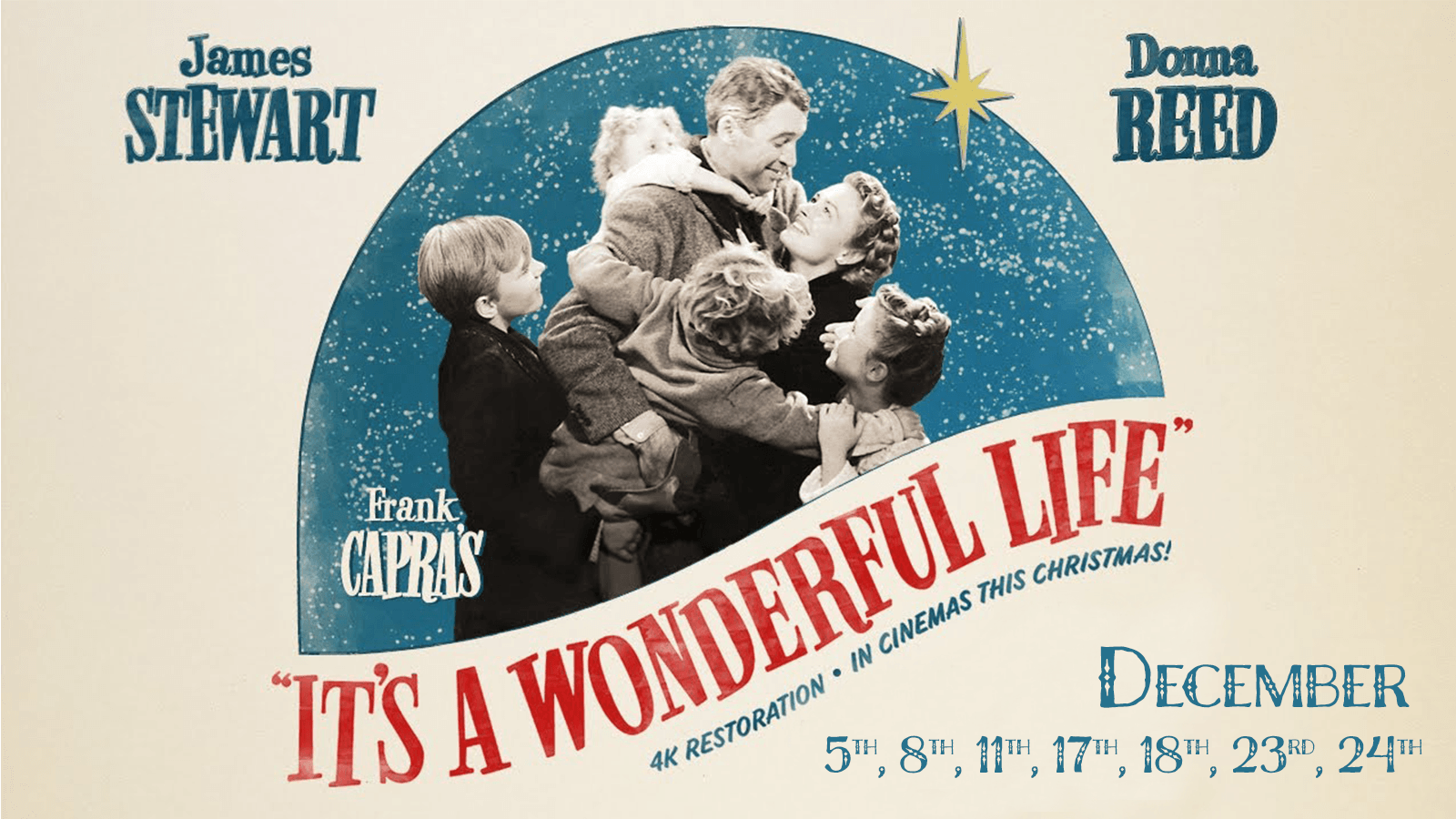 IT'S A WONDERFUL LIFE

George Bailey has so many problems he is thinking about ending it all - and it's Christmas! As the angels discuss George, we see his life in flashback. As George is about to jump from a bridge, he ends up rescuing his guardian angel, Clarence - who then shows George what his town would have looked like if it hadn't been for all his good deeds over the years. PG / 135 min. 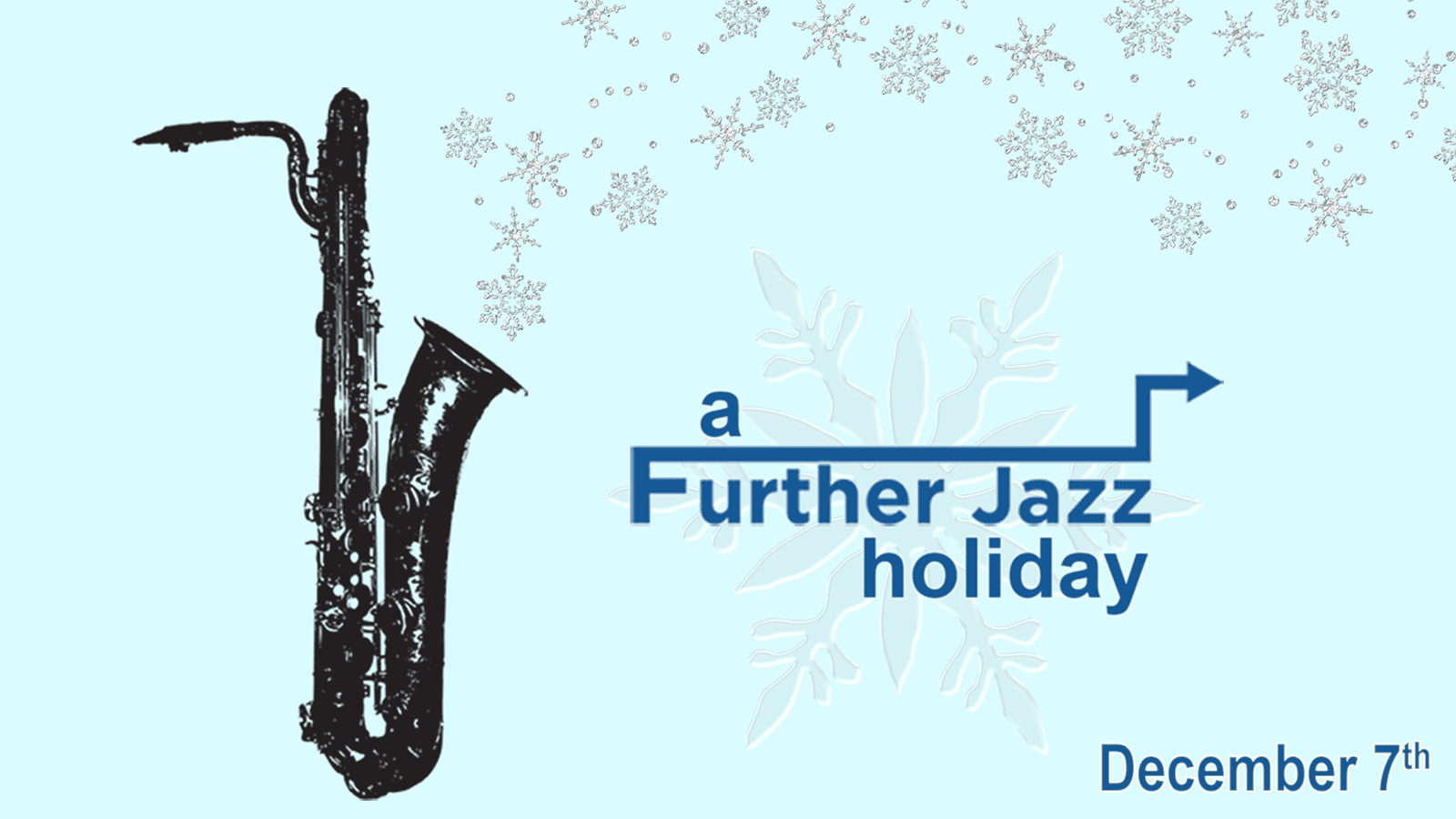 Join Glenn Wilson & Friends as we celebrate the music of the season. Hear both traditional and contemporary riffs on your holiday favorites as an ensemble of incredible jazz vocalists & instrumentalists take to the Normal Theater stage. Featuring: Glenn Wilson- saxophone Chip Stephens – piano Matt Hughes – bass Jason Brannon – drums Jane Smolen, Barrington Coleman – Vocals This event is presented in partnership with Further Jazz, Inc, and is supported in part by the Illinois Prairie Community Foundation. FREE to attend. 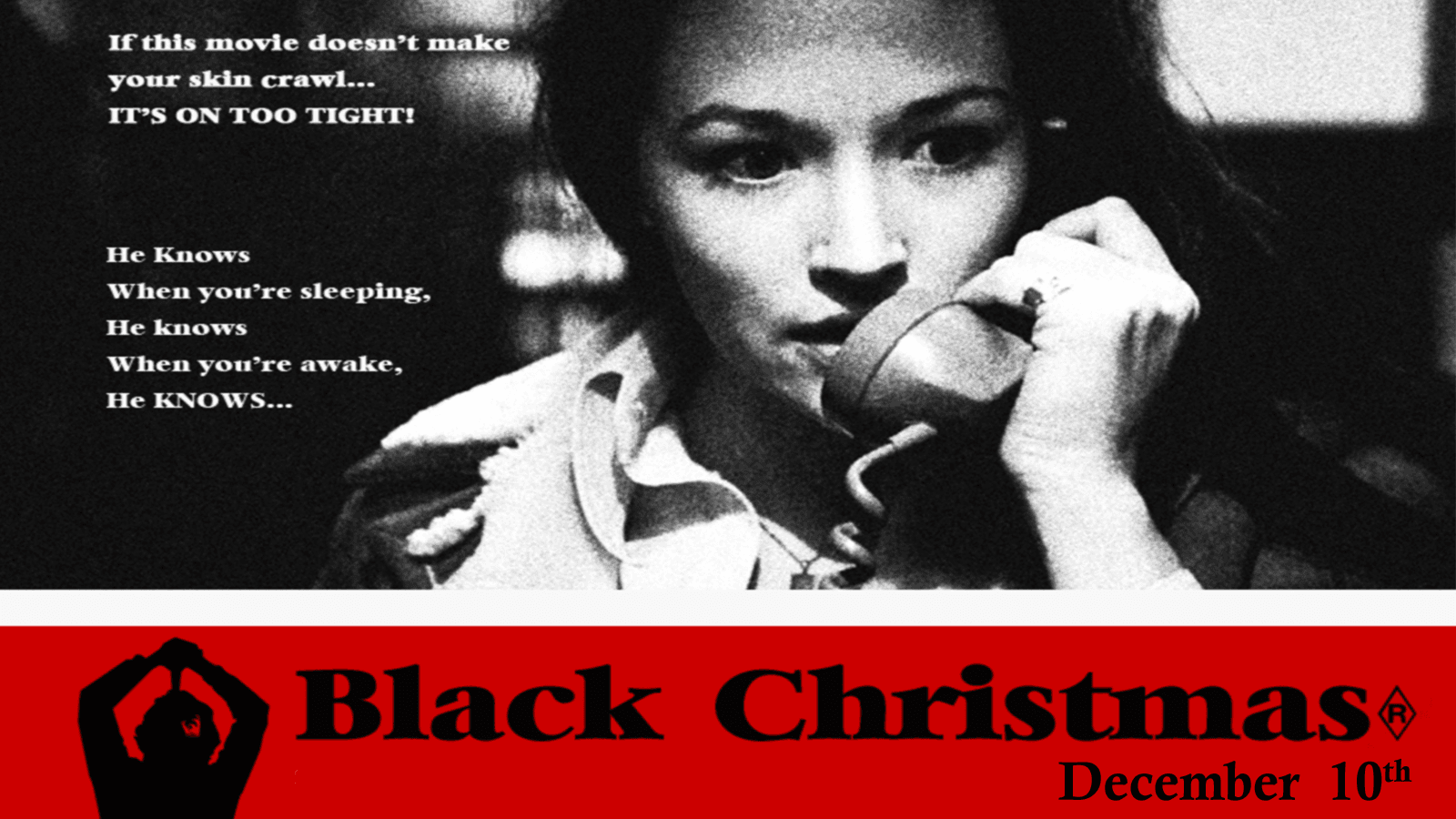 As winter break begins, a group of sorority sisters, including Jess (Olivia Hussey) and the often inebriated Barb (Margot Kidder), begin to receive anonymous, lascivious phone calls. Initially, Barb eggs the caller on, but stops when he responds threateningly. Soon, Barb's friend Claire (Lynne Griffin) goes missing from the sorority house, and a local adolescent girl is murdered, leading the girls to suspect a serial killer is on the loose. But no one realizes just how near the culprit is. R / 98 min. 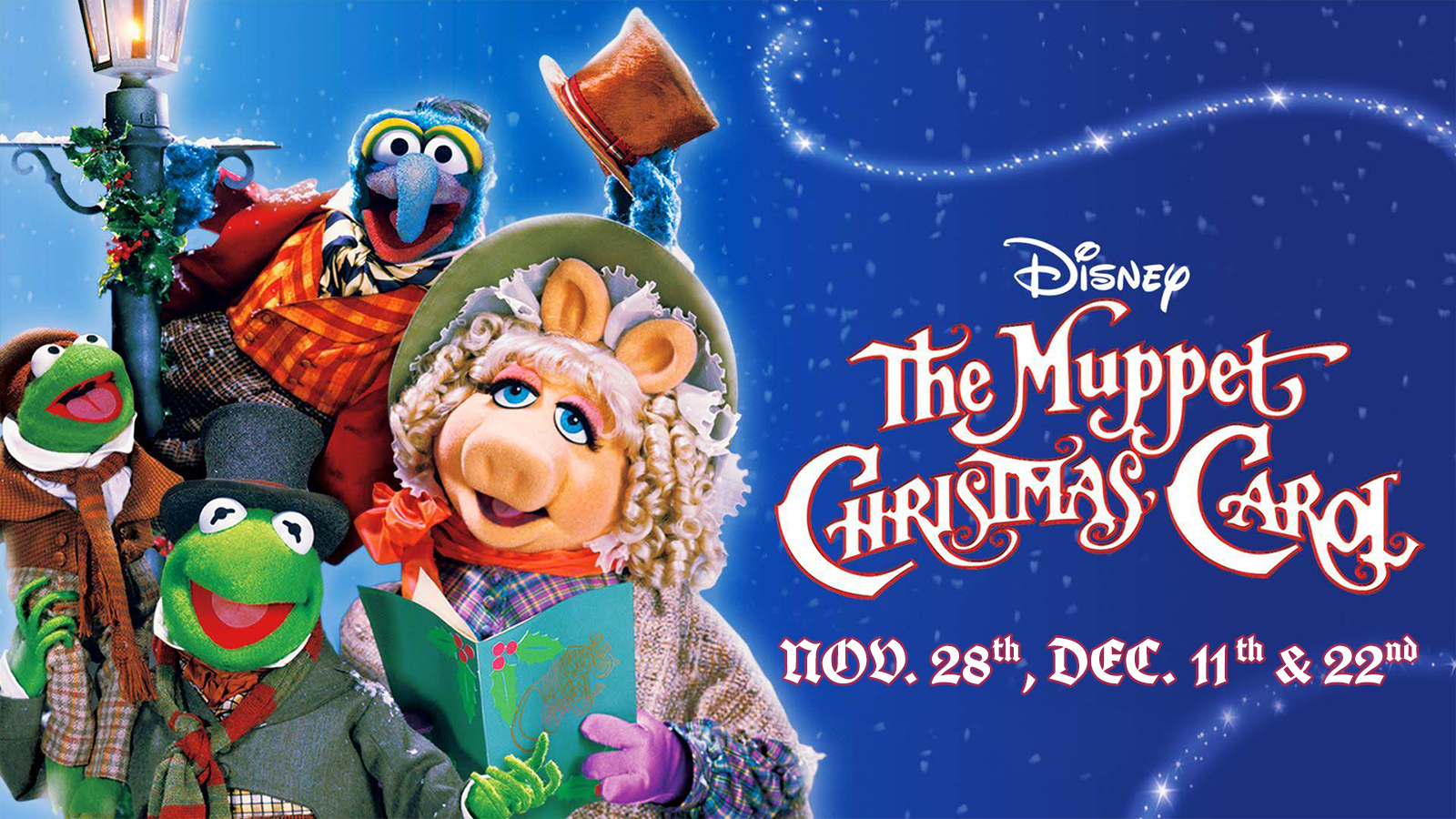 The Muppets perform the classic Dickens holiday tale, with Kermit the Frog playing Bob Cratchit, the put-upon clerk of stingy Ebenezer Scrooge (Michael Caine). Other Muppets -- Miss Piggy, Gonzo, Fozzie Bear and Sam the Eagle -- weave in and out of the story, while Scrooge receives visits from spirits of three Christmases -- past, present and future. They show him the error of his self-serving ways, but the miserable old man seems to be past any hope of redemption and happiness. G / 89 min. 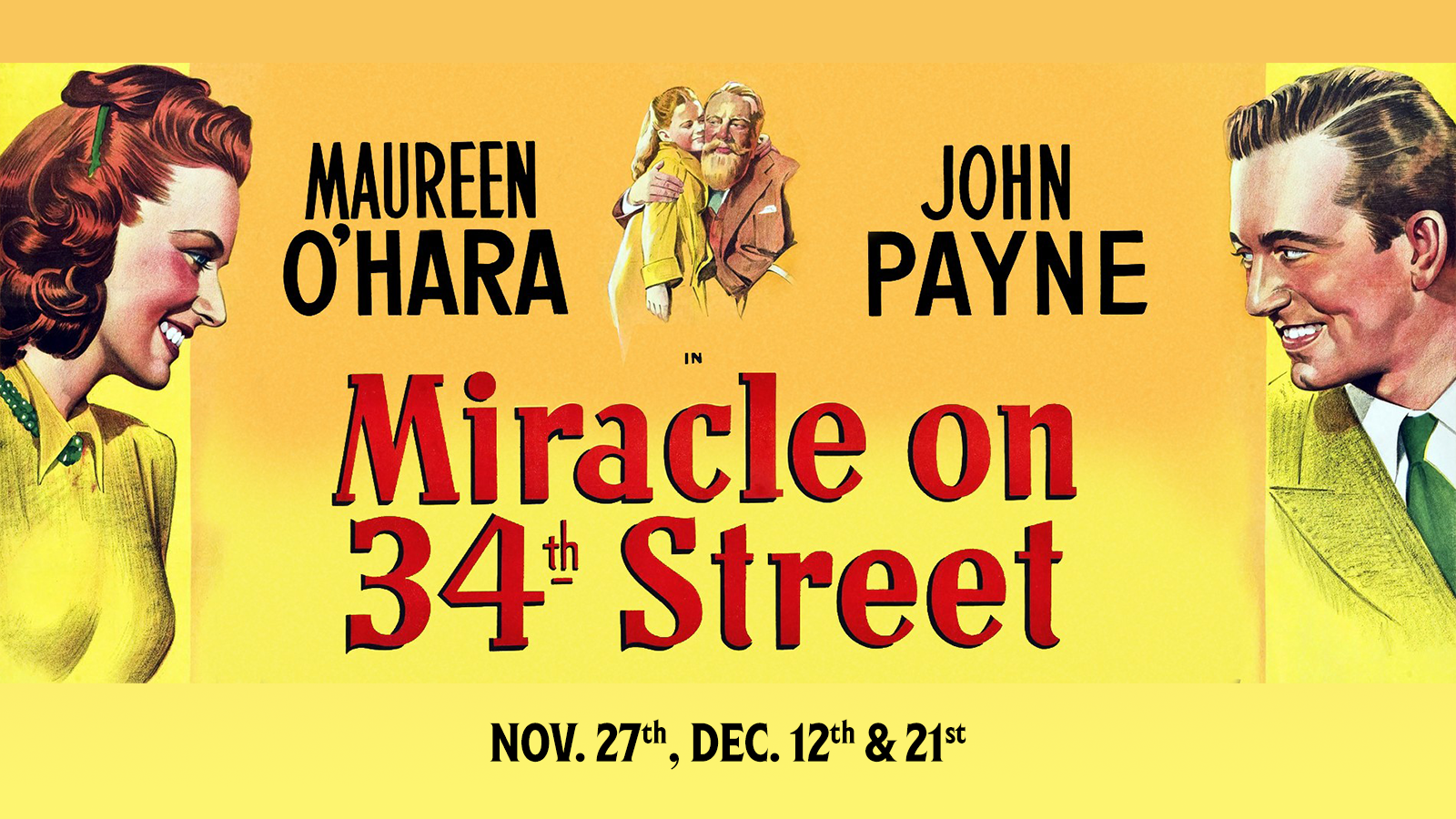 When a nice old man who claims to be Santa Claus is institutionalized as insane, a young lawyer decides to defend him by arguing in court that he is the real thing. A holiday classic from 1947. NR / 96 min. 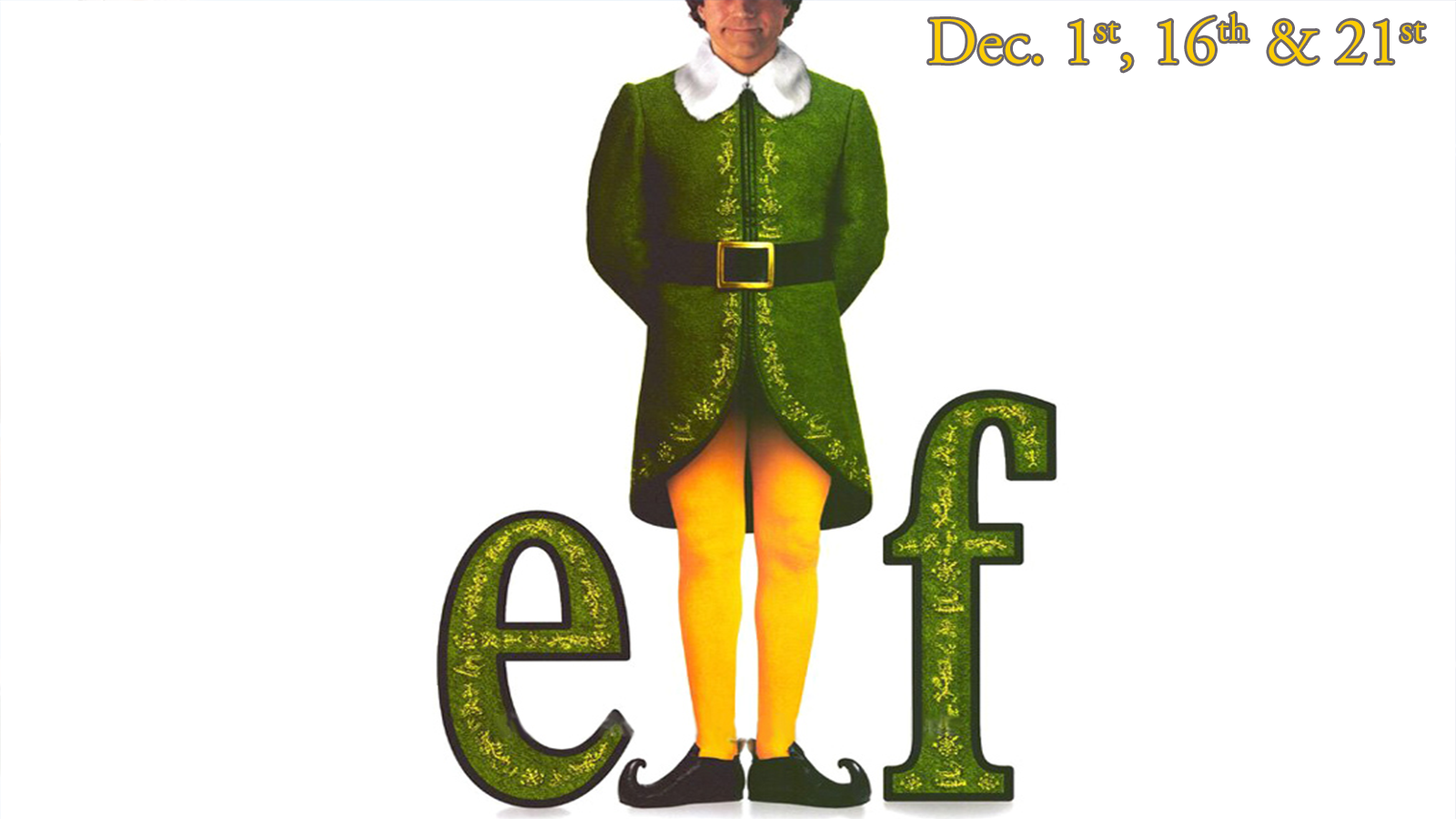 Buddy (Will Ferrell) was accidentally transported to the North Pole as a toddler and raised to adulthood among Santa's elves. Unable to shake the feeling that he doesn't fit in, the adult Buddy travels to New York, in full elf uniform, in search of his real father. As it happens, this is Walter Hobbs (James Caan), a cynical businessman. After a DNA test proves this, Walter reluctantly attempts to start a relationship with the childlike Buddy with increasingly chaotic results. PG / 97 min. 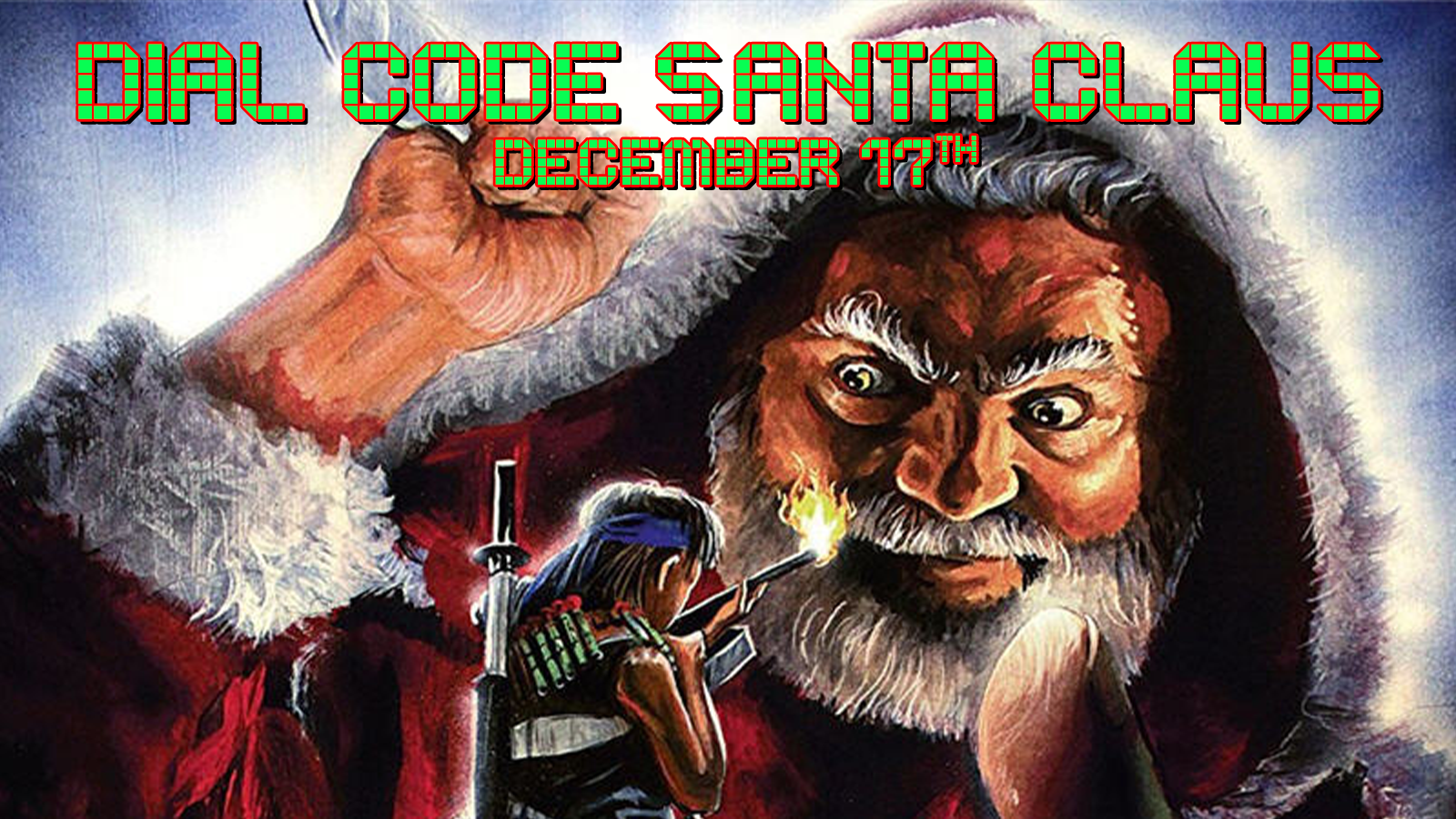 “Plays like a blend of classic Amblin and a grindhouse nightmare." -- Jacob Hall, SlashFilm

Previously only available via VHS bootlegs and a huge audience slayer since its debut at Fantastic Fest, DIAL CODE SANTA CLAUS (aka 3615 CODE PÈRE NOËL and DEADLY GAMES) is your new favorite holiday slayride. Thomas is a typical 1980s kid: he loves computers, role-playing games, and his dog. While mom is away at the office on Christmas Eve, Thomas and his grandfather are left home alone -- perfect timing for a disgruntled, perverted, bloodthirsty Santa Claus to raid the home down the chimney. But Hell hath no fury like a mulleted ten-year-old with an arsenal of toys! Made a year before HOME ALONE, the French-made DIAL CODE SANTA CLAUS has almost the same plot -- only filled with more style, bloodshed, and Rambo references. NR (Mature) / 87 min.