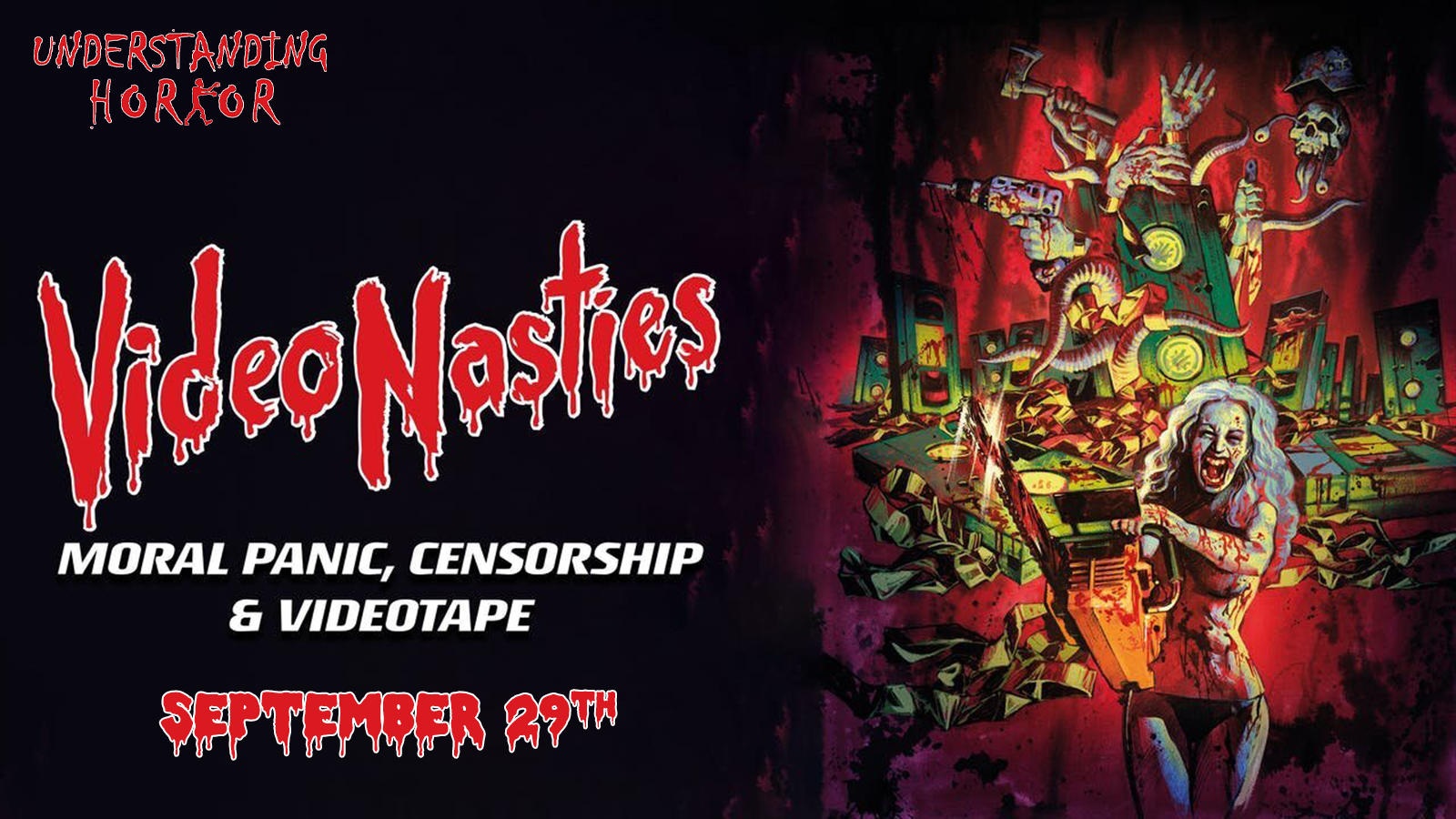 Exploring the furore generated by the video nasties that found their way onto British screens in the 80s and the impact they had on today's film-makers. NR / 72 min.

The fifth film in our partnership series "Understanding Horror" with Illinois State University professor of psychology Dr. Eric Wesselmann. This series will seek to understand our morbid fascination for stories of “things that go bump in the night.” Film screenings will include a brief introduction and lecture by Dr. Wesselmann.

Join us for an evening with writer, director, and actor Greg Sestero as we introduce his new horror film MIRACLE VALLEY to the Normal Theater along with a double feature of THE ROOM. There will be a meet and greet opportunity before the event with doors opening at 6:00pm. The MIRACLE VALLEY screening will begin at 7:00pm followed by a brief intermission and then screening of THE ROOM.

Inspired by a true story about a cult in the Arizona desert…An obsessive photographer (Sestero) and his girlfriend (Mariano) are invited to a desert getaway in search of an ultra-rare bird. Fortune, fame and mending their fading relationship takes a turn at the hands of a sinister force where they face demons from both past, present and future. NR / 90 min.

Johnny is a successful bank executive who lives quietly in a San Francisco townhouse with his fiancée, Lisa. One day, putting aside any scruple, she seduces Johnny's best friend, Mark. From there, nothing will be the same again. R / 99 min. 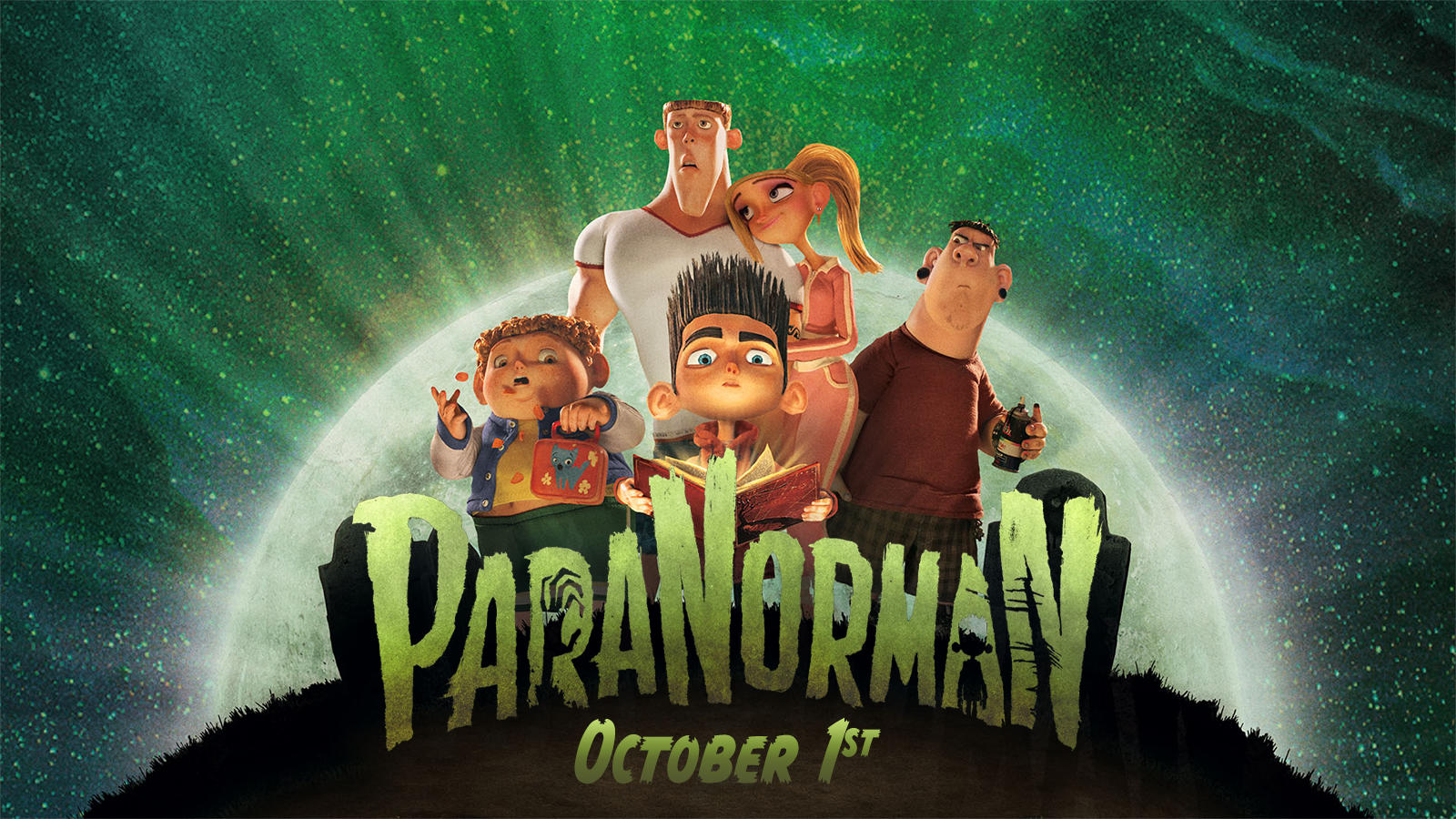 Young Norman Babcock (Kodi Smit-McPhee) has the ability to speak with the dead -- and he often prefers their company to that of the living. Norman receives word from his strange Uncle Prenderghast (John Goodman) that a centuries-old witch's curse on their town is real and about to come true -- and that only Norman can stop it. When zombies rise from their graves, Norman must summon all his courage and compassion and push his paranormal abilities to the limit to save his fellow townspeople. PG / 93 min. 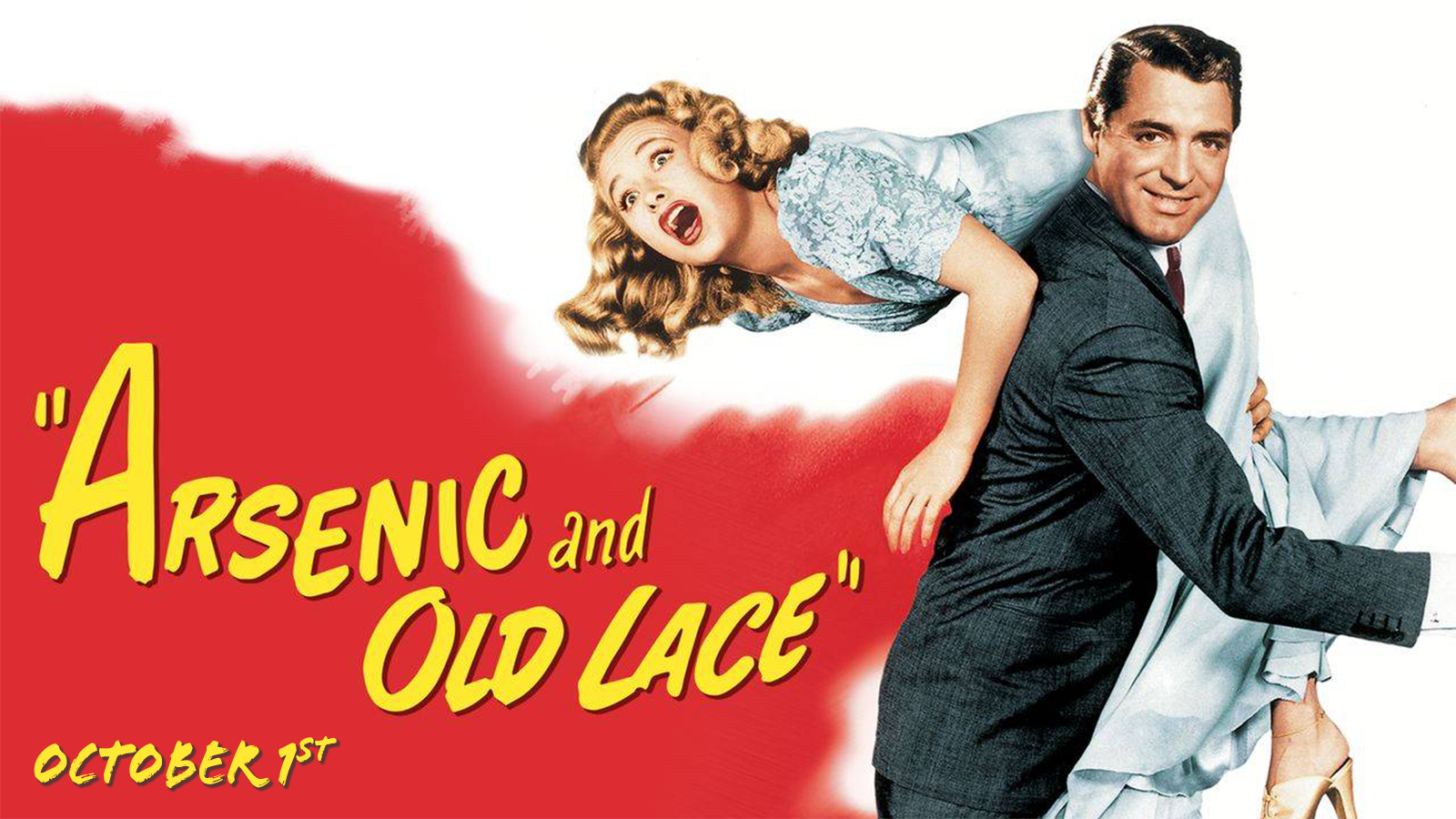 Writer and notorious marriage detractor Mortimer Brewster (Cary Grant) falls for girl-next-door Elaine Harper (Priscilla Lane), and they tie the knot on Halloween. When the newlyweds return to their respective family homes to deliver the news, Brewster finds a corpse hidden in a window seat. With his eccentric aunts (Josephine Hull, Jean Adair), disturbed uncle (John Alexander), and homicidal brother (Raymond Massey), he starts to realize that his family is even crazier than he thought. 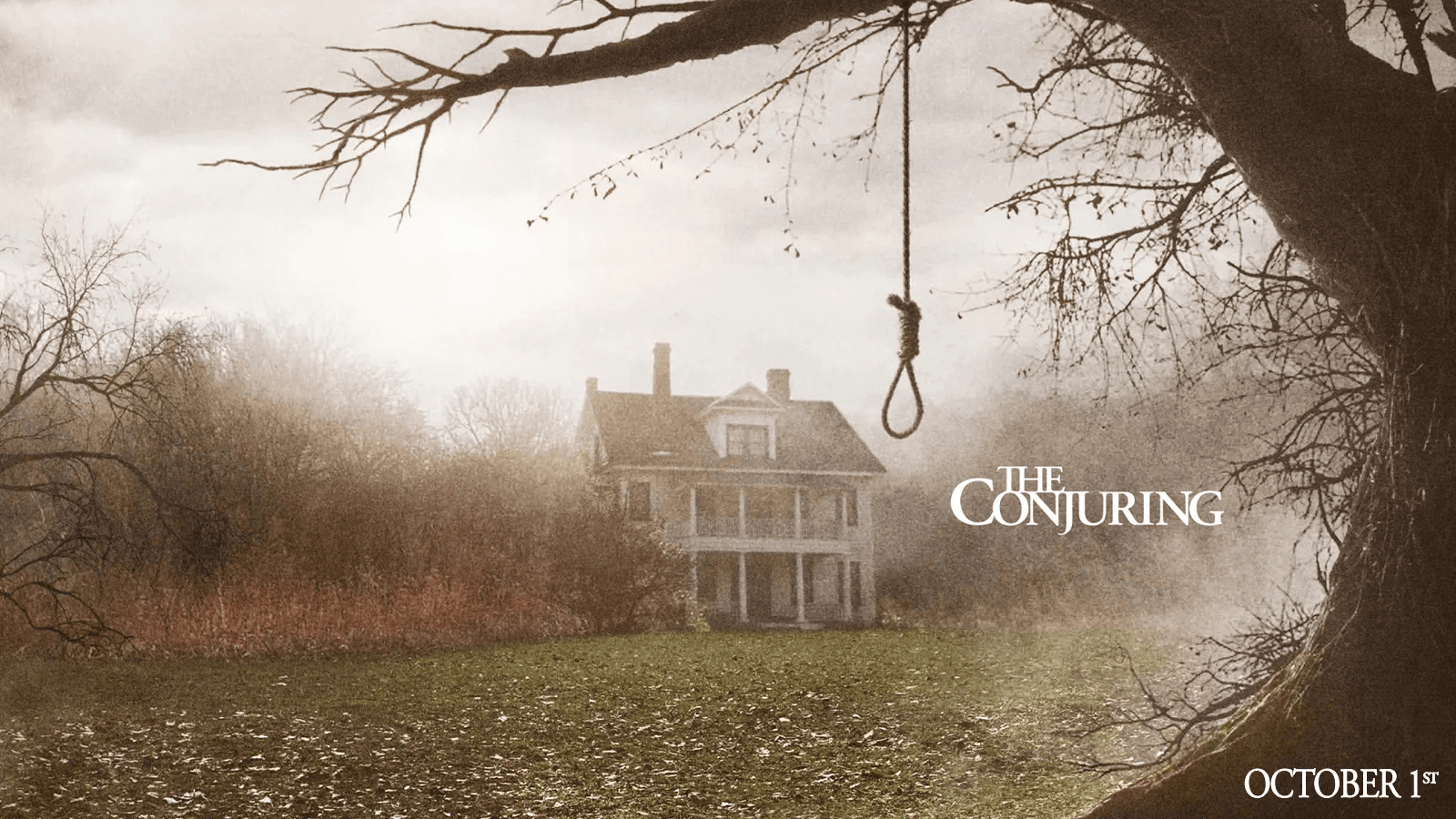 In 1970, paranormal investigators and demonologists Lorraine (Vera Farmiga) and Ed (Patrick Wilson) Warren are summoned to the home of Carolyn (Lili Taylor) and Roger (Ron Livingston) Perron. The Perrons and their five daughters have recently moved into a secluded farmhouse, where a supernatural presence has made itself known. Though the manifestations are relatively benign at first, events soon escalate in horrifying fashion, especially after the Warrens discover the house's macabre history. R / 112 min. 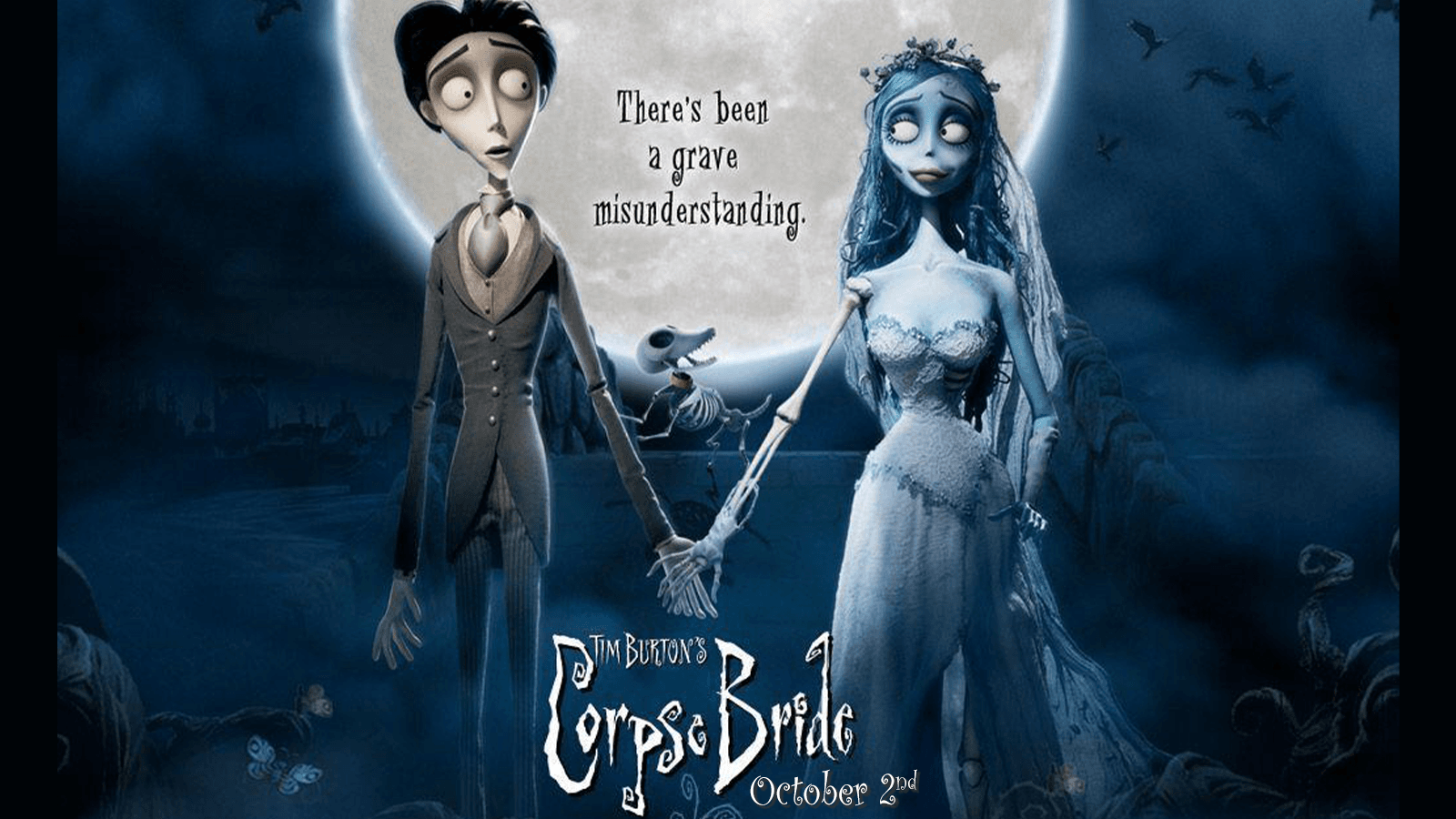 Victor (Johnny Depp) and Victoria's (Emily Watson) families have arranged their marriage. Though they like each other, Victor is nervous about the ceremony. While he's in a forest practicing his lines for the wedding, a tree branch becomes a hand that drags him to the land of the dead. It belongs to Emily, who was murdered after eloping with her love and wants to marry Victor. Victor must get back aboveground before Victoria marries the villainous Barkis Bittern (Richard E. Grant). PG / 74 min. 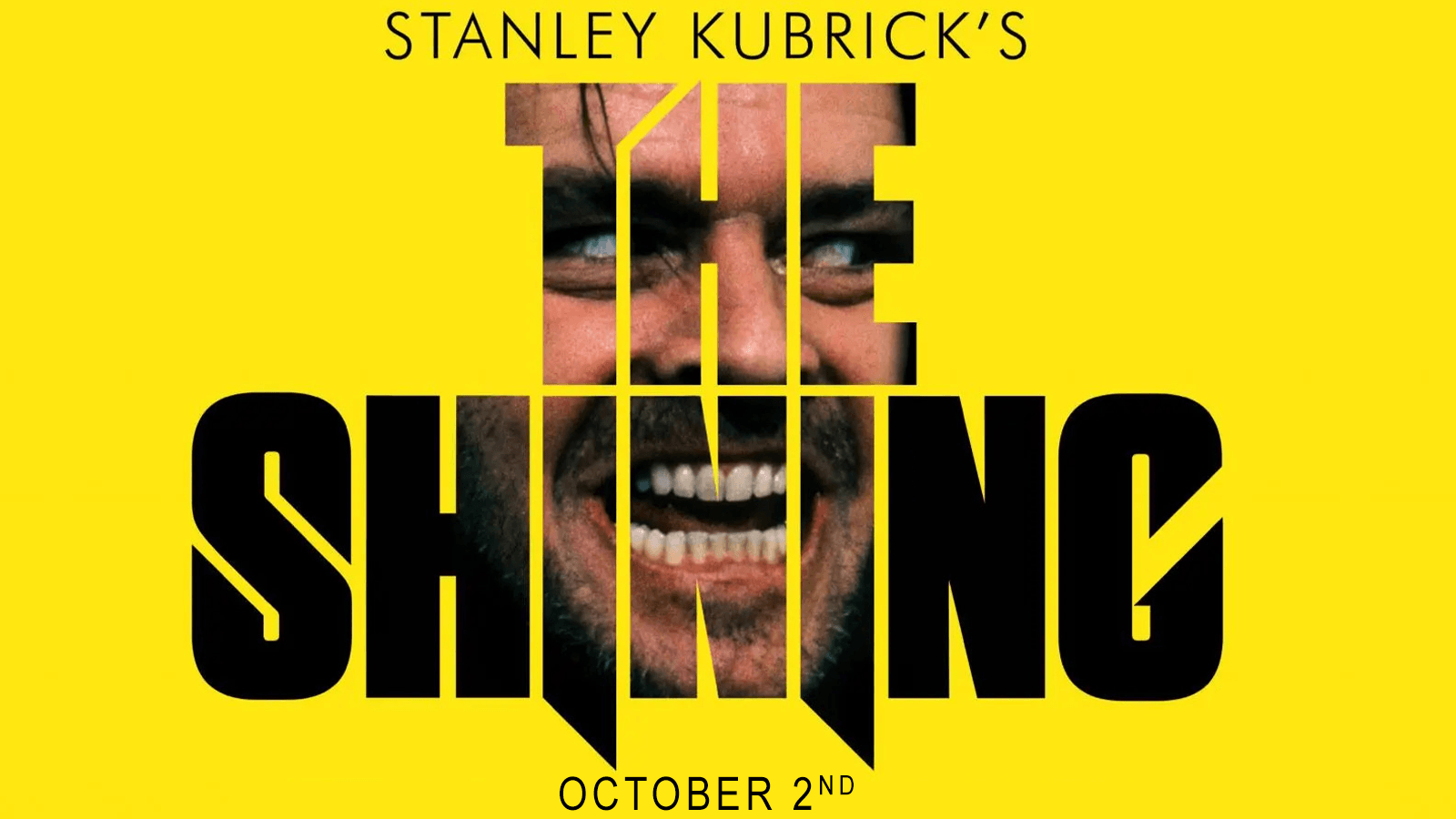 Jack Torrance (Jack Nicholson) becomes winter caretaker at the isolated Overlook Hotel in Colorado, hoping to cure his writer's block. He settles in along with his wife, Wendy (Shelley Duvall), and his son, Danny (Danny Lloyd), who is plagued by psychic premonitions. As Jack's writing goes nowhere and Danny's visions become more disturbing, Jack discovers the hotel's dark secrets and begins to unravel into a homicidal maniac hell-bent on terrorizing his family. R / 146 min. 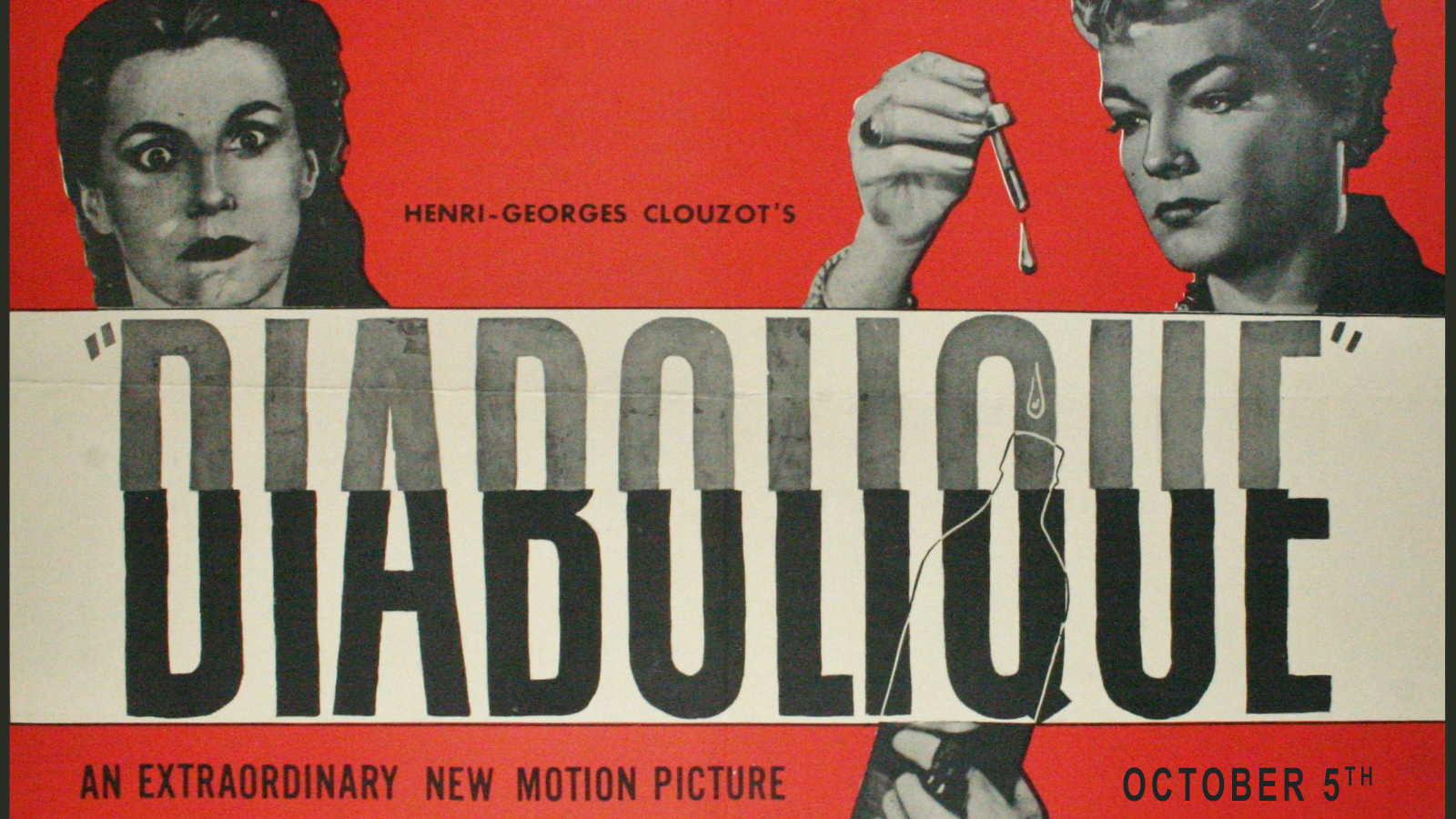 In this classic of French suspense, the cruel and abusive headmaster of a boarding school, Michel Delassalle (Paul Meurisse), becomes the target of a murder plot hatched by an unlikely duo -- his meek wife (Vera Clouzot) and the mistress he brazenly flaunts (Simone Signoret). The women, brought together by their mutual hatred for the man, pull off the crime but become increasingly unhinged by a series of odd occurrences after Delassalle's corpse mysteriously disappears. NR / 137 min. 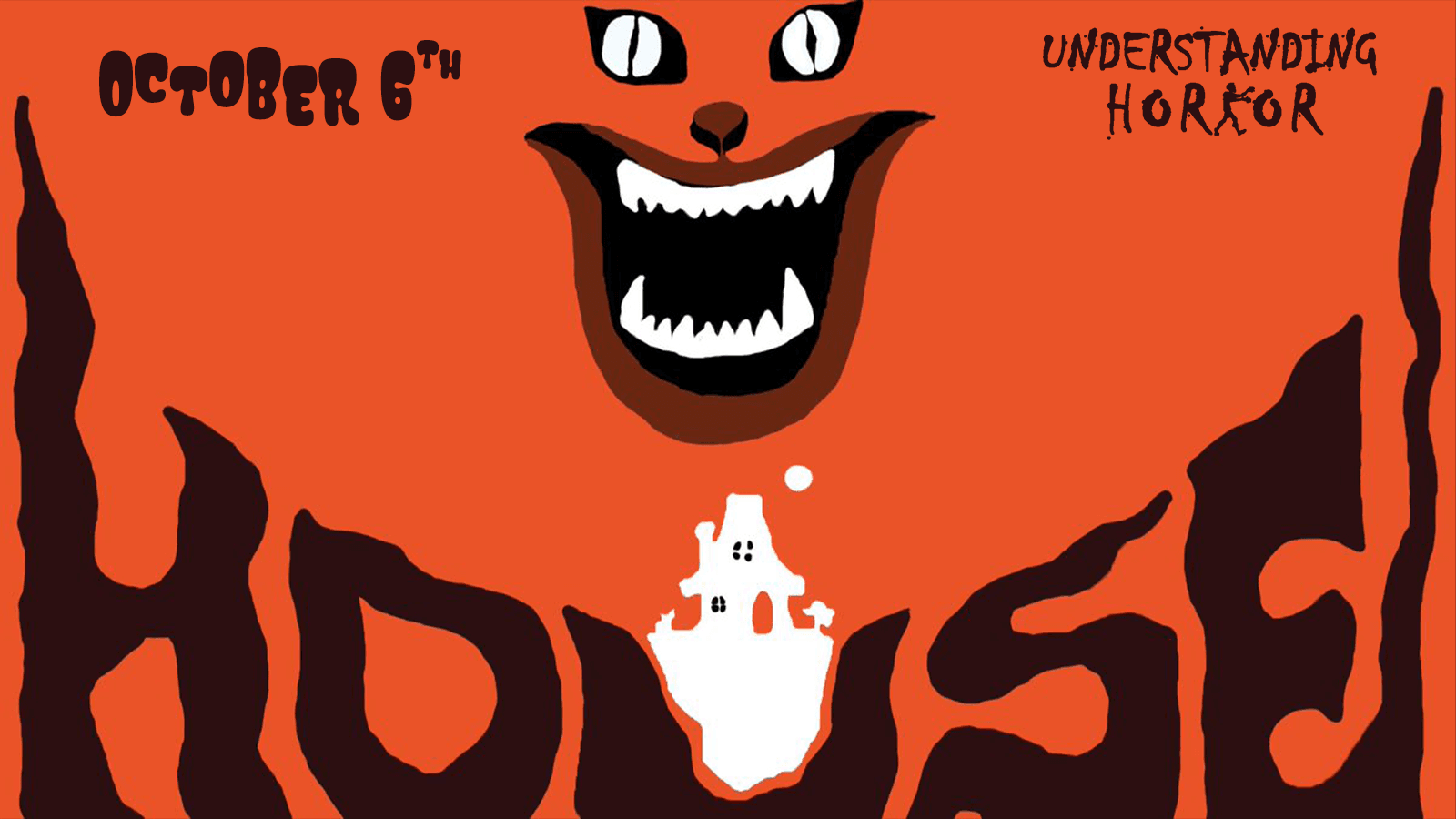 An hallucinatory head trip about a schoolgirl who travels with six classmates to her ailing aunt’s creaky country home and comes face-to-face with evil spirits, a demonic house cat, a bloodthirsty piano, and other ghoulish visions, all realized by Obayashi via mattes, animation, and collage effects. Equally absurd and nightmarish, HOUSE might have been beamed to Earth from some other planet. R / 88 min. In Japanese w/ subtitles.

The sixth film in our partnership series "Understanding Horror" with Illinois State University professor of psychology Dr. Eric Wesselmann. This series will seek to understand our morbid fascination for stories of “things that go bump in the night.” Film screenings will include a brief introduction and lecture by Dr. Wesselmann. 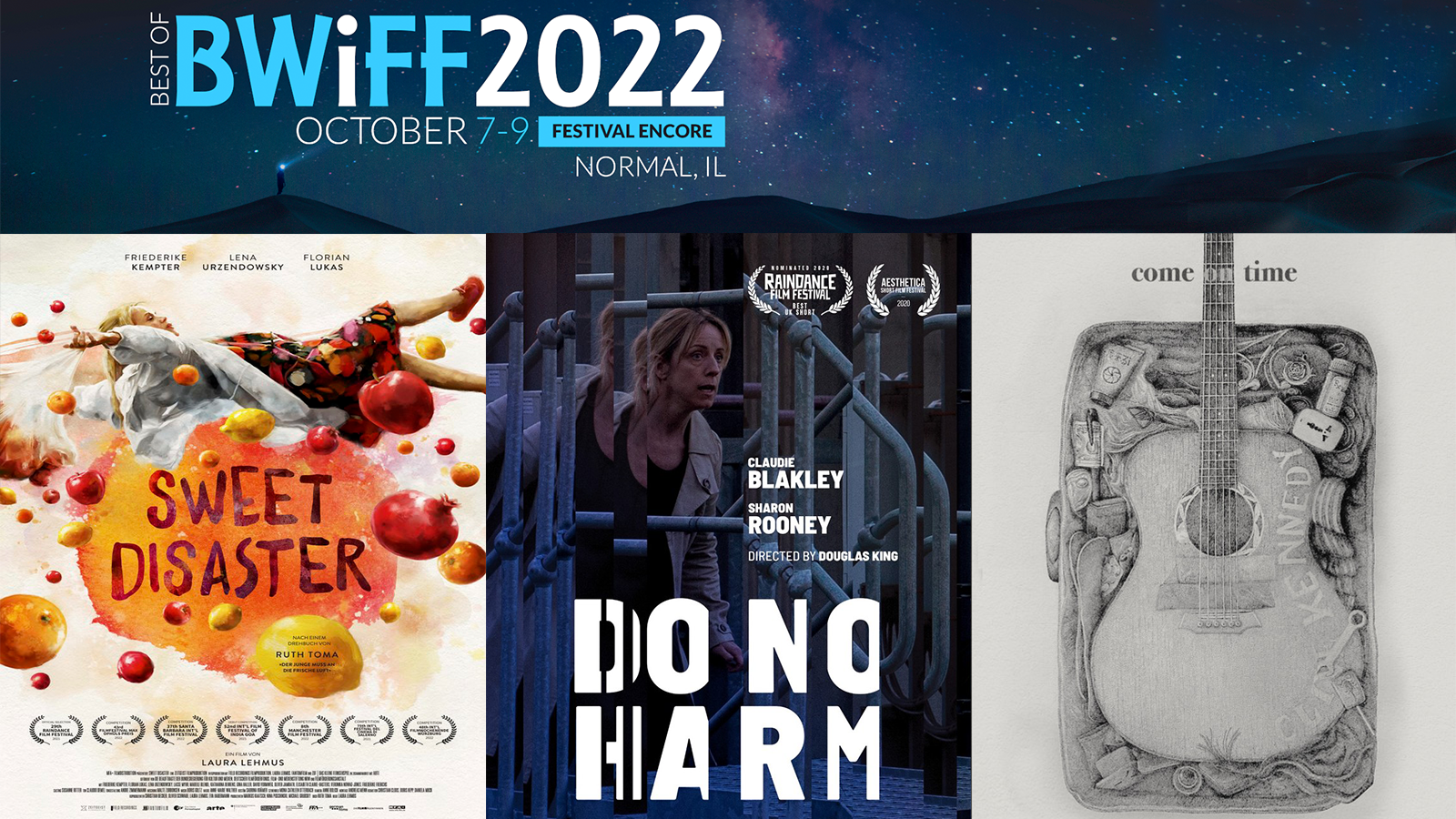 The Normal Theater is excited to present the "Best of Fest" encore screenings from the Blue Whiskey Independent Film Festival. Three films are featured in this year's inaugural event. The Blue Whiskey Independent Film Festival is a 501(c)3 not-for-profit organization that assembles character-driven independent film programming constructed by bold and innovative storytellers for the purposes of education, entertainment, and thought-provoking discussion.

Risking her career rather than admit the truth that she has Obsessive Compulsive Disorder (OCD) and overwhelmed by a fear of causing harm to others, Dr. Beth Anderson breaks into a high security facility in the dead of night to steal an out of date sandwich in order to save a pregnant colleague from eating it.

The story of Clive Kennedy, a music documentary about a performer who can’t perform. A story of incredible talent gone unrealized turns into a joint effort between subject and filmmaker to battle Clive’s mental health and find catharsis in his songs.

A charming family dramedy that navigates the difficulties of pregnancy and motherhood with a bittersweet optimism and refreshing transparency. Frida, a 40-year-old painting therapist, unexpectedly gets pregnant just as the father of her child leaves her for his ex. Unable to accept him leaving, Frida concocts an elaborate scheme to win him back, while ultimately affecting a stable of wonderful characters, whose lives she touches for the better along the way.